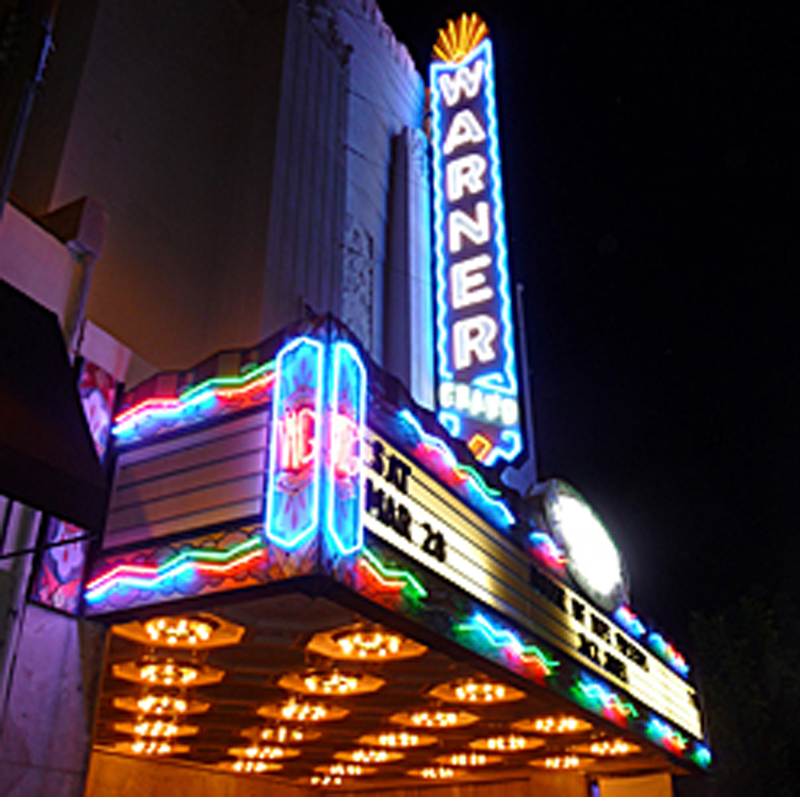 And not too long ago the Arcade Building celebrated its 85th Anniversary. In 2009 to be exact. This special event made the front page of San Pedro Today.  It’s hard to believe that was 7 years ago and this year the beautifully restored Arcade building will be 92 years young!

It’s like fine wine, if taken care of properly it ages well.

San Pedro has so much history right here on 6th Street…

The beautiful three story ARCADE BUILDING marked an epoch in the retail history of San Pedro when it was built in 1925.  It was the first arcade building in the City of San Pedro and quickly became a distinctive landmark. Built by Aleck Carresi, a San Pedro pioneer, it inspired others to invest in the future and progress of the community.  Through the ensuing decades, the high quality design and construction of the ARCADE has stood the test of time.  For more information about the Arcade, visit our About Us page.

Considered “an art deco masterpiece on a neighborhood scale,” the Warner Grand was part of the era of the Picture Palace, the magical decades of the 1920s and 1930s. The Warner Brothers believed in this dream and built three lavish art deco picture palaces in Beverly Hills, Huntington Park and San Pedro. The Warner Grand Theatre in San Pedro, the first sound-equipped theatre in the South Bay, opened to the public on January 20, 1931, with a star-studded gala premier.*  For more history about the Warner Grand Theatre visit www.warnergrandtheater.org

SAVE THE DATE
for the Warner Grand Gala
SATURDAY, APRIL 9, 2016!

An Unforgettable Evening! This annual gala benefit with dinner, auction, dancing and a fantastic band makes it possible for Grand Vision to continue to preserve and promote the historic Warner Grand Theatre and instill in local youth a love and knowledge of music through our in-school Meet the Music program that has served over 9,000 youth to date.

Come dressed as your favorite movie star on the red carpet from the 1920s to the 1980s. Gowns, tuxes, or, cocktail attire.*
See the January 2016 issue of San Pedro Today, for the Warner Grand Theatre’s 85th Anniversary story.
Source: Warner Grand Theatre and Grand Vision

The Arcade Building Celebrating 85 Years in 2009